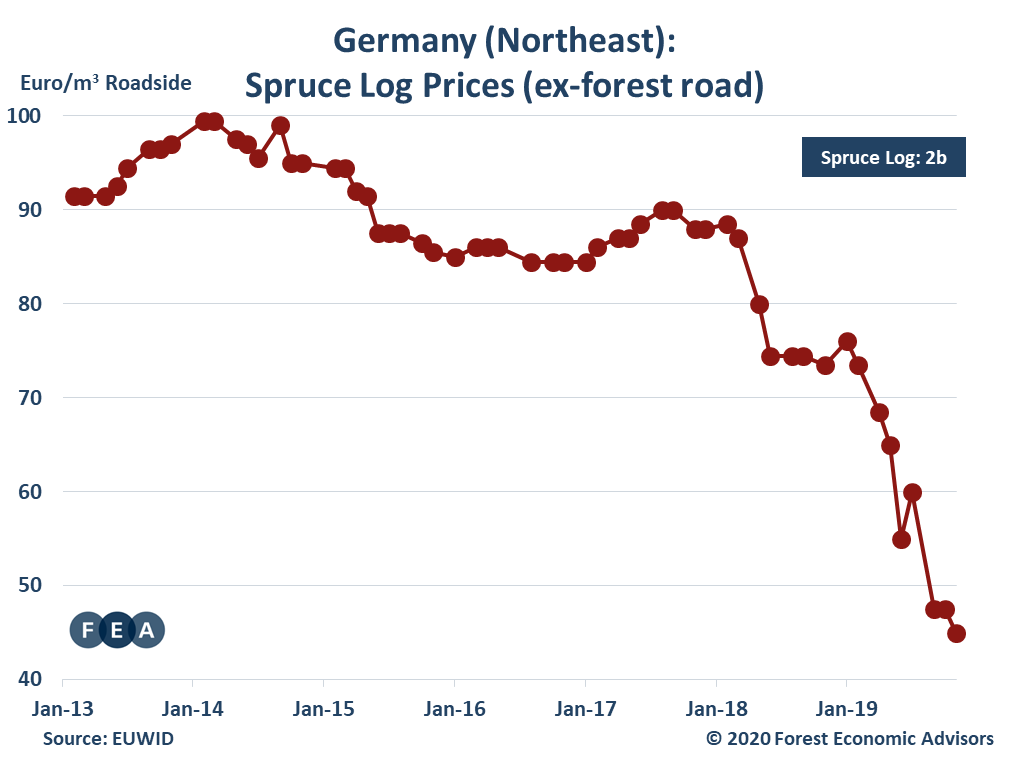 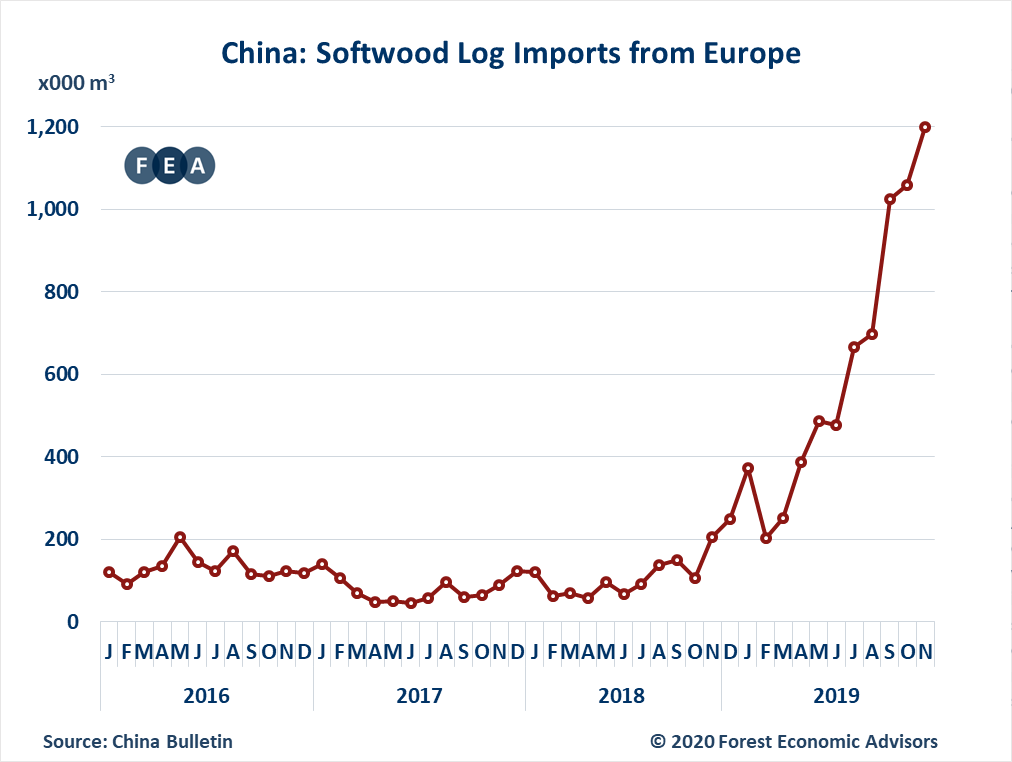 The rapid expansion of the spruce bark beetle in Europe has grown to a massive scale in just a few short years. In conjunction with large windstorms that have created havoc across Europe’s forests, a huge timber salvage program is underway that has created an ultra-competitive sawmilling industry from plunging log prices. The massive damaged areas have forced European timberland owners to quickly harvest their attacked forests across Germany, the Czech Republic, northern Austria, Slovakia, Poland and many other countries including Sweden. This has created a surplus log supply, allowing for increased lumber exports and, especially, surging log exports that are having far-reaching implications in global markets.

In 2017, some 20% of the central European harvest was made up of damaged timber from beetles and wind; in 2018 this increased to ~42%. For 2019, the total timber harvest of damaged timber will move even higher, with the beetle-killed component expected to be 50% larger than in 2018. The central European volume of damaged (and lower cost) timber has been estimated at well over 100 million m3 in 2018 and this is will be higher in 2019 (when the final figures are released) and again in 2020.

In conjunction with our European partner, FEA will produce a report focusing on the scale of the disaster with a short-term outlook on what is expected in the next 2-5 years. More importantly, the report will provide key perspectives on the impacts in lumber and log markets for European suppliers, including its new level of competitiveness in key export markets.

We are planning a field trip to Central Europe to view the damage forests, logs being packaged for China and timber being processed at state-of-the-art sawmills. If we receive enough interest by February 29th, we will provide a formal tour itinerary with pricing.
Send me information about the tour

Learn more about this report